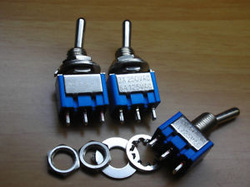 A "double pole" switch is basically two separate switches connected to the same lever or button. The "double pole double throw" is pretty widely used. It has a total of six contacts -- a 1, 2, and 3 for each half of the switch. There is no connection between the two halves.

Some catalogs describe the positions of a switch using a different notation, for example, a single-pole single-throw switch is described as "on-off" and a double throw is described as "on-on". A double throw with a center off is "on-off-on". If the switch is spring loaded in one position, such that it snaps back when released, that position is shown in parentheses, so a "on-off-(on)" is a double-throw switch with center off and one of the on positions spring-loaded.

If you need a switch with more than three selections, you need a rotary switch. Rotary switches usually have 6, 8, or 12 on positions; it's possible to get double-pole rotaries which basically are two switch bodies on the same shaft. Most rotaries have a stop mechanism you can set so that if your circuit doesn't use all of the available positions, you can prevent it from being turned to the unused positions. 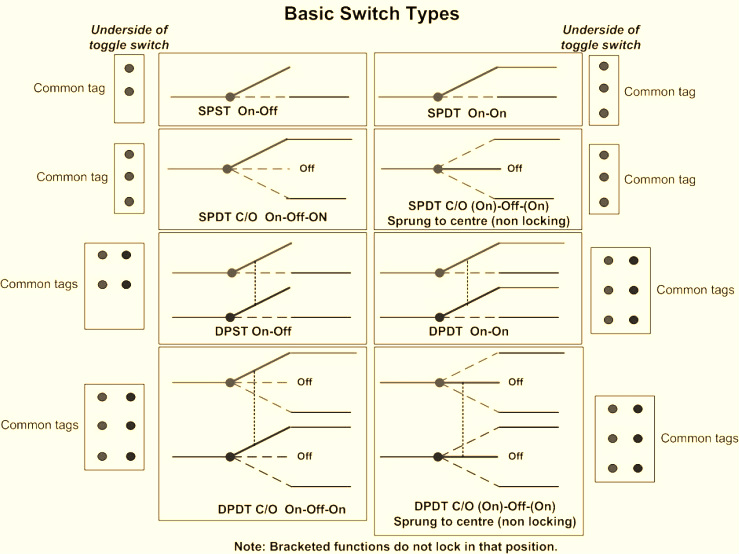